The Bodies Are Back: Comics and Gender Explored at Intersection for the Arts

The Bodies Are Back by Margaret Harrison at Intersection for the Arts, San Francisco.

"Margaret Harrison, renowned British artist and pioneer of feminist art, revisits the themes of her very early work exploring notions of the human body as an object of sexuality, consumption, and gaze. The Bodies Are Back consists of works on paper that Harrison produced in the late 1960's/early 1970's displayed alongside new works created for this show. In 1971, Harrison's work was instantly met with controversy and antagonism (the London police shut down her first solo exhibition the day after it opened feeling that its contents were too controversial). This controversy caused Harrison to abandon the issues and themes of this series. Now an established artist with work in the permanent collections of major international institutions, she is critically re-engaging with this body of work, continuing the dialogue that she began four decades ago." (more examples of this work here).

Sometime ago Intersection's curator/program director Kevin Chen gave me a peek at his image checklist for this show. It was fascinating to see so many (usually) macho superheroes re-imagined in this way. Anyone studying gender issues in pop culture should check it out (artist bio on Intersection site). New reviews: SF Chronicle/Gate, Bay Area Reporter.
Posted by kmunson at 11:34 AM No comments:

Many people I know are giving a lot of thought to the ways that on-line social networking sites (Facebook, YouTube, etc) have changed the way people communicate with each other and how they represent themselves when they do it. The massive amount of imagery available on-line isn’t new topic in art, of course. Immediately coming to mind are Deborah Oropallo’s Guise series (this is her Helle’s Belle © 2007) and Elliot Anderson’s Average Landscapes, both of which reused images found on the web (exhibited at the DeYoung in 2007) and Ben Rubin and Mark Hansen’s astounding digital text piece Listening Post (video of London installation, was part of YBCA’s Dark Matter exhibit, also in 2007).

Exploring these issues of self representation on-online to one’s virtual “friends,” is Christine Webster’s recent piece Transitions (just closed at The Lab). The work consists of a bank of flat screen monitors showing pairs of headshots of people being interviewed in China, the UK and here in San Francisco surrounded by wall projections of images gleaned from the interviewee’s Facebook pages. Artist Clare Szydlowski, who knew the background of the project, told me the stories of how these specific people came to be interviewed, and why they responded to each other the way they did. After hearing their stories, it was fascinating to watch the thread of projected images of families, friends, holidays, parties and other events and wonder why the interviewee choose that particular image and what they were trying to project about themselves.

I have recently been immersed in an on-line exploration of my own. While I use Facebook, Slideshare, LinkedIn and other networks somewhat regularly, I had never been really interested in on-line games. Right around Thanksgiving, an old friend sent me an invitation to try a Facebook game called Zoo World. When I put that innocent looking, big-eyed penguin in “my zoo,” I had no idea that I would be jumping into an obsessive interactive experience. The object of the game is buy (with mostly virtual money) a collection of about 150 animals of different species, various decorations, food and shopping kiosks (hot dogs, carousel, etc…) and that will enable you to pass though 42 levels of various tasks. While there were many different aspects to the game, of interest in this discussion were the ways that the game maximized Facebook’s networking capabilities. Each animal needed a friend assigned as a 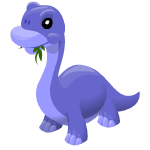 “zookeeper,” and to raise the value of your zoo and increase the amount of money the zoo was bringing in (to buy animals, etc), a large network of people was needed. Very few people have enough of their own real-world friends to do this, and it’s common practice to add other players found in chat forums dedicated to the zoo game. Eventually, aside from a small core group of real-world friends involved in the game, I was interacting with 120 random people from all over the world. I was fascinated with the way relationships were formed with strangers, and how the community decided on netiquette.

I was blown away by how little people read, or take time to understand anything remotely complicated. The game’s main help page has a running open chat room where players ask for help and offer themselves as zookeepers. Right next to this on the same page is a FAQ that answers many common questions about the game in very straightforward language. Apparently, nobody reads it, as every other question was repeating one answered on the FAQ. The worst one, the one that stunned me, was the number of people who couldn’t figure out what the word “unique” meant (as in buy 10 unique animals). Duh. Literally 1 in 15 would ask this question.

The way the community approved or disapproved of various types of interactions and how the disapproval was enforced (flaming, blocking, exclusion, reporting) was very interesting. The process of trust building and credentialing within the community though groups and chats was very important, as a sort of group hierarchy formed of people who were smart, serious players who would network together to help each other and distribute any perks, cheats or new information. Maybe this will be another paper someday.

Husband Marc will be writing on some of these issues sometime soon, and he will be teaching a class at the law school this summer about legal issues in new technology, including cloud computing, participation in virtual worlds (2nd Life) and in massive multiplayer games like World of Warcraft. I’d also like to recommend a great interview with Jeben Berg, Creative Director of YouTube in the Feb 2010 edition of Juxtapoz by Alexander Tarrant (unfortunately not available on-line without a digital subscription, here's his blog on Juxtapoz).