KM: This is a conversation with Hannah Sigur, an art historian who recently presented on the Japanese influence on American decorative arts at the Legion of Honor in conjunction with the Cult of Beauty exhibition. Hannah, would you mind repeating your story of the Japonesque room you discovered (re-discovered) recently? I love stories about discovery through research and serendipity.

HS: It was the Japonesque parlor of Henry Marquand, first president of the Metropolitan Museum of Art. The mansion, by Richard Morris Hunt, the most famous architect of the era, and its Japonesque room, were considered major highlights at the time, and there was much hand-wringing when the property was sold and mansion demolished shortly after his death. His famous art collection, he intended for the Met, was sold; the "Japanese room" disappeared. About 6 weeks ago, a good friend who is a well known glass conservator was brought in by an appraiser for a project at a 1905 house in Connecticut being prepared for sale. They found remnants of what had once been a stunning Japonesque interior and some unidentified period photos and wondered if it was Jeckyll. She sent me those, and her own photos of details and asked what I thought. I said it didn't look like Jeckyll. But, quick research on the owner of the 1905 house showed that he had been very significant in his day, and casting about for the kind of social circles he might have been in, I remembered the Marquand mansion and sent her a period NYT article about it, which had rudimentary photo reproductions of the Japonesque interior. They matched the original photos exactly. So we have found the long lost room. But it is in such reduced state, and because it is up for sale, it's hard to know what might unfold with whoever the new owners turn out to be. The designer, Manley Cutter, fell rapidly into obscurity after this remarkable debut and finding out much about him is for the moment elusive. But I think it's an important find because of its quality and because it gives a sense of what these now largely lost rooms were like. And, maybe with Cutter we'll uncover something interesting.

KM: This event was hosted by the American Decorative Arts Forum. I recognized many people there from Victorian Society of America events, and other things we’ve attended together. I have to admit that before this I didn’t realize what an active community of collectors there are in the bay area.

HS: The ADAF is as good as it gets in the Bay Area--it encompasses very wide ranging interests and it seems to be very well-run, and it has a lot of very smart, friendly members. I've been to several of their lectures, and all were well attended, although mine was exceptional--I think because Cult of Beauty is so gorgeous. They also benefit from some sort of official relationship with FAMSF, although my impression is that the museum administration and curators aren't necessarily attuned to what an excellent asset the ADAF is to them. ADAF had asked if I would do a gallery walk-through, for example, and the curators turned it down. At the Met, or any other major museum, they would have jumped to have a specialist for something like that. The museum should be requiring that their docents all attend ADAF lectures--they bring people in from all over the country, so it was quite an honor for me to be invited to speak.

KM: Often when we talk about local museum exhibits with Asian art connections, you tell me that you feel things have been misstated or misunderstood. What questions should we keep in mind while looking at these shows? 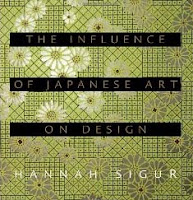 HS: That's a tricky question. At the FAMSF and SFMoMa, the curators seem to have little real knowledge or deep interest in Asian material culture, and if you're going to reference it, you need to be accurate and up-to-date. But they are not motivated to do it on their own, and because there is no mentality of collaboration with the academic community here, they do not ask them or involve them in any way. This leaves major gaps. It was not rocket science to see the Japanese elements in the "Iznik" dish, and that dish became much more expressive of Aesthetic philosophy by revealing them. There were other issues--the Hokusai reference for the Godwin cabinet was doubly wrong. If the curator had mentioned the other artist, it would have been acceptable because it's a much more recent assessment, from a Japanese scholar who had recently published a significant book in English on the Japonesque in Britain.  At the Asian, it seems to be a slightly different problem--leaving out things because of the presumption that people do not need or want to know--thus preserving the sense of exoticism and exclusivity. One of my students even was told "The common people wouldn't understand" by a docent. My general advice is to take a tip from Ronald Reagan: "Trust but verify."

KM: You’ve been teaching Art History for a long time. What do you think the benefits are of learning about the art of a different culture?

HS: Material culture doesn't lie, although people sometimes lie about it, it confronts us honestly and it is only what it is. If you respect that, you learn so much from that of another culture. You learn who you are, by learning who you are not. You learn that outward differences amount to different solutions to the same kinds of human problems, passions, and fears that all people have, and thus that there is a common validity among societies. You also learn that in truly respecting another culture, that demands you acknowledge not just its beauties, but also its evils--and all societies have them.

KM: I know you are about to finish your PhD dissertation on Japan and the World’s Fairs. I’ve seen you speak on this subject, so I’m sure your paper will be amazing. Do you have any other speaking gigs lined up?

HS: Not at the moment. I've submitted an abstract for SAH 2013, but haven't heard back yet. I'm glad you got so much out of this one--the subject is enthralling. It hits all the marks for me.

Hannah is the author of The Influence of Japanese Art on Design (Gibbs Smith, 2008) and, with Alisa de Jong-Stout, A Master Guide to the Art of Floral Design (Timber Press, 2002).

Posted by kmunson at 8:30 PM No comments: