Last Night (7/31), the Cartoon Art Museum hosted a reception for Pretty in Ink, an exhibition showcasing pieces from the collection of comics creator and Herstorian Trina Robbins, which will be up for about another month (through August 24). On display are a gallery full of works from female cartoonists working in the early 20th century, including pieces from Ethel Hays, Edwina Dumm, Nell Brinkley, Ramona Fradon, and Lily Renée. The exhibit also includes fan art, rare photos, and other memorabilia. Trina also signed copies of her new Fantagraphics book, Pretty in Ink: North American Women Cartoonists 1896-2013.

In the next gallery was an exhibit of the work of Mike Zeck, an artist most identified with The Punisher, who also had popular runs on Captain America, Secret Wars, Lobo, GI Joe, Green Lantern, Batman, Master of Kung Fu, and Spider-man. 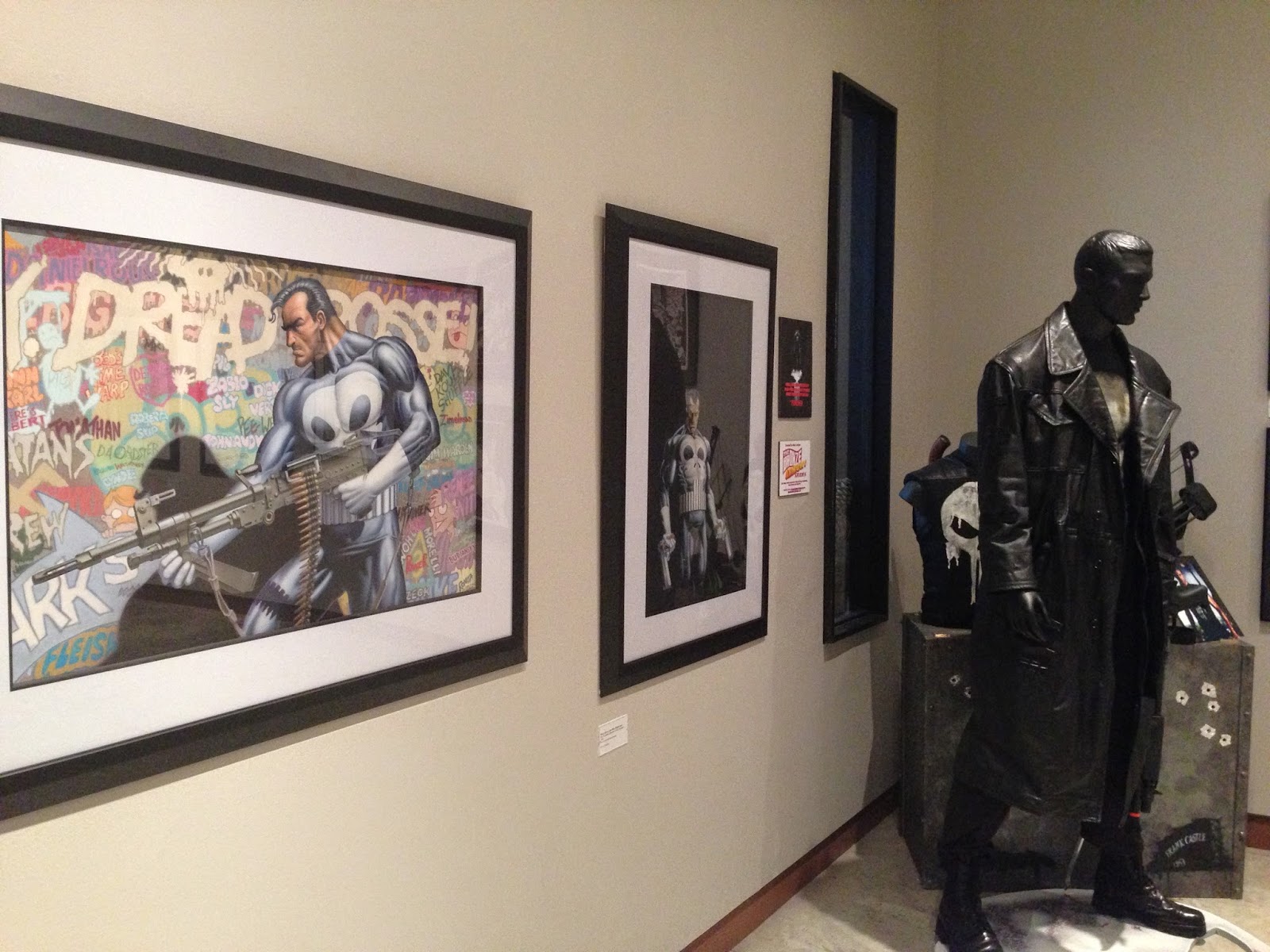 Posted by kmunson at 7:29 PM No comments: