Here's a quick round up of panels and other happenings at San Diego Comic Con International:

At the Future of Geek panel moderated by John Siuntres (Word Balloon podcast), Heidi MacDonald (The Beat), Rob Salkowitz (Comic-Con and the Business of Pop Culture) and Tim Beyers (Motley Fool) expert industry watchers talked about the sudden increase of comics conventions around the country, and what this means to the comics industry.This was a fascinating panel, and a recording of it is available on the Word Balloon site.

This year marked the 60th anniversary of the publication of Dr. Fredrick Wertham's infamous book Seduction of the Innocent, which provided an occasion to look back on an era of censorship that strangled the comics industry. The panel Sixty Years of Seduction: Rights, Wrong, and Wertham, hosted by Jeff Trexler (the Beat), managed a large and interested audience, despite a late Friday night time slot. Scenes from Sequart's new documentary about Wertham, Diagram for Delinquents (above) were shown by its director Robert A. Emmons, Jr, who was joined by Brandford W. Wright (Comic Book Nation), Carol Tilley (University of Illinois at Urbana-Champaign), and two psychiatrists, Vasilis K. Pozios, MD and Praveen R. Kambam, MD. The panel discussed Wertham's history and influences, his methodology, his campaign against comics and his legacy. A lively discussion about comics and violence followed. This panel is available almost verbatim on Bleeding Cool.

It's always fun to get the annual update from J. Michael Straczynski, this year he told us about Joe's Comics (through Image), a comics reboot of the Twilight Zone (Dynamite), a new volume of Superman (DC) and an endless stream of film and TV projects, including his new Netflix series Sense8 with the Wachowskis. He also told us that he might finally be doing a Babylon 5 movie (yay!) and that he forged his records in order to graduate from high school. It's always something...

Art panels are always my favorites, and this year did not disappoint. One of the most interesting panels (to me) was Temple of Art, a documentary about collaboration and the creative process featuring the work of 52 different artists. Among the artists on this HUGE panel were Grant Morrison ("I paint with words"), Bill Sienkiewicz, Barron Storey and Dave Mckean.

I'm always happy to add fun pages to our ever growing collection! This year I bought a great page from "The Slobbit" a MAD Magazine spoof drawn by Tom Richmond. That's the devious and dangerous dragon Smaug in the nose and glasses. Richmond was very nice, and was sitting at the National Cartoonist Society booth with Greg Evans, and his daughter Karen, the real Luann.

Sunday, after the annual meeting of the church of Jack Kirby, which this year included one of my favorite oddballs, artist Scott Shaw!, was one of my favorite panels, Cover Story: Art of the Cover. In this session moderated by Mark Evanier, 5 well-known artists talk about the success, failure and challenges of 5 different cover images from projects done throughout the course of their careers. The artists do not see these images ahead of time, and are often surprised by the selection. They talked about the difficulties of having to produce a relevant cover months before the script for a comic is even written, and the challenge of finding a fresh take on an established character. Artists included Mark Brooks (New X-Men); Amanda Connor (Power Girl, Harley Quinn); Fiona Staples (Saga); Jae Lee (Before Watchmen) and Stan Sakai (Usagi Dojimbo). CBR has posted an almost verbatim report on this panel, including images. 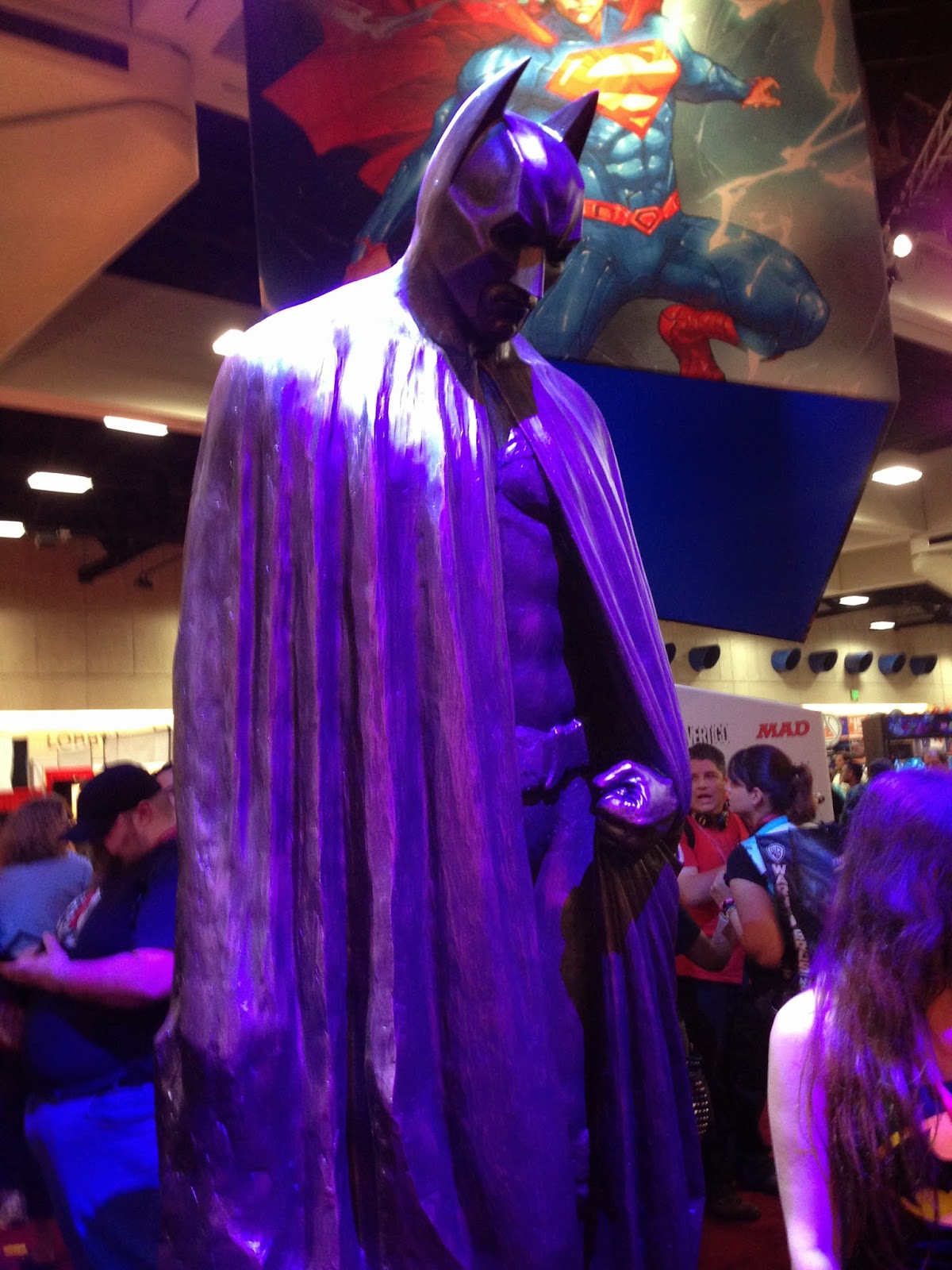 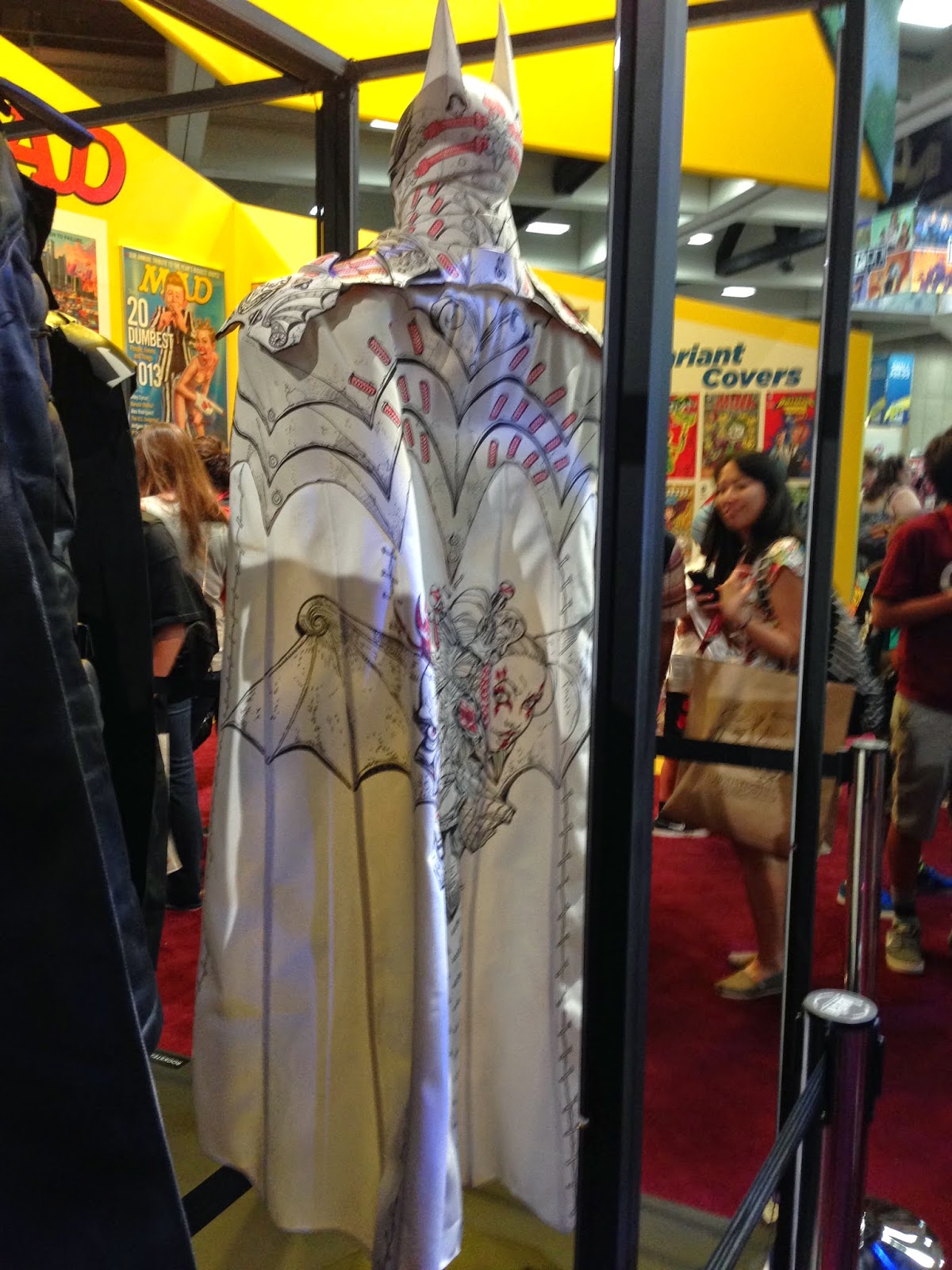 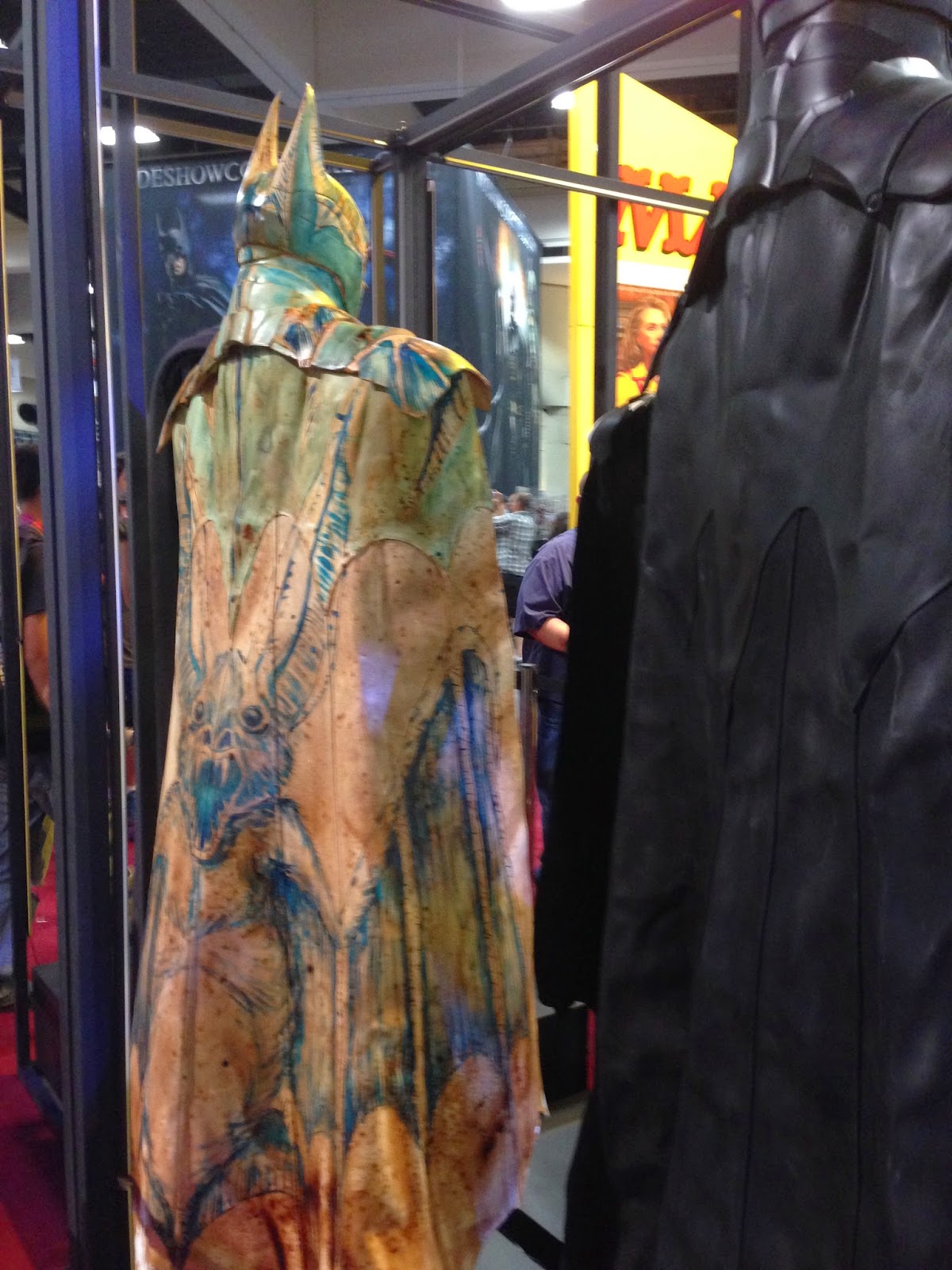 Posted by kmunson at 9:09 PM No comments: