The Labor Archive and Research Center at the SFSU J. Paul Leonard Library has a display of the long out of print 1940 book White Collar: A Novel in Linocuts by Giacomo Patri (1898–1978), which is illustrated with linocut prints in two colors. The first edition of this wordless volume was hand printed by Patri and bound with his wife's assistance, two other editions were commercially printed.

Patri was born in Italy. Frustrated with a series of unfulfilling jobs, he went to night school to learn to be an artist. He worked in different capacities for 3 bay area newspapers, The San Francisco Examiner, The Call-Bulletin, and The San Francisco Chronicle.  In the WWII era, he began teaching at the California Labor School and became the head of the Art Dept, while also doing freelance work for unions. After the Labor School was closed during the Red Scare in 1957, he had his own art school and kept freelancing until he retired in 1966.

The story follows the life of a mid-level advertising executive who suffers joblessness and tragedy after the 1929 stock market crash. Patri saw that white collar workers considered themselves professionals who saw no benefit from the union protections earned by blue collar workers, so they frequently shunned organizing campaigns and union activity. In the book Patri contrasts the isolation of the white collar worker trying to solve his own problems in isolation with the activity of the collective, eventually resulting in the white collar worker joining in united action.  Here is a blog post with very clear scans.

The photos below are cell snaps of the exhibit in 4 cases on the 4th floor of the library. 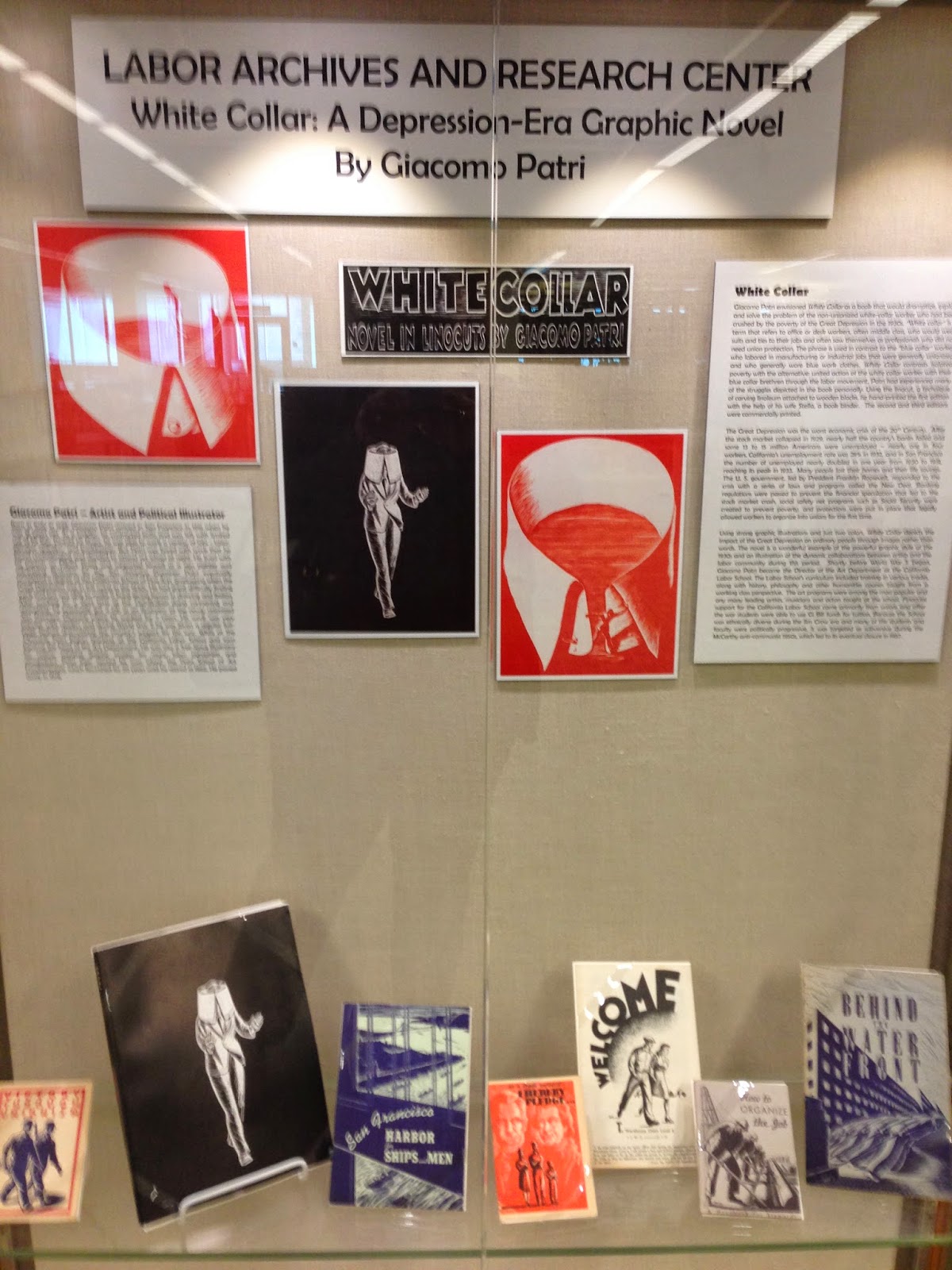 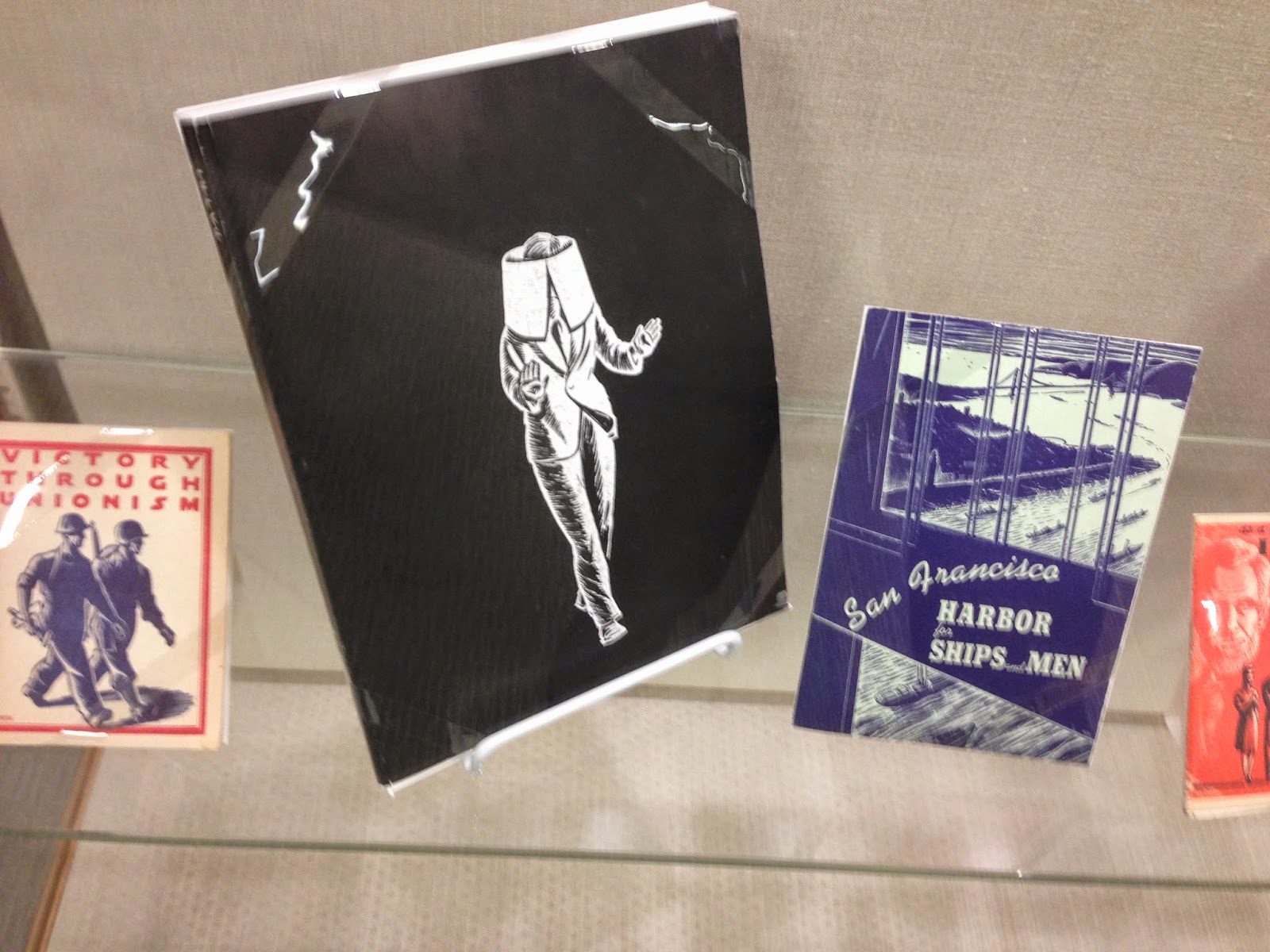 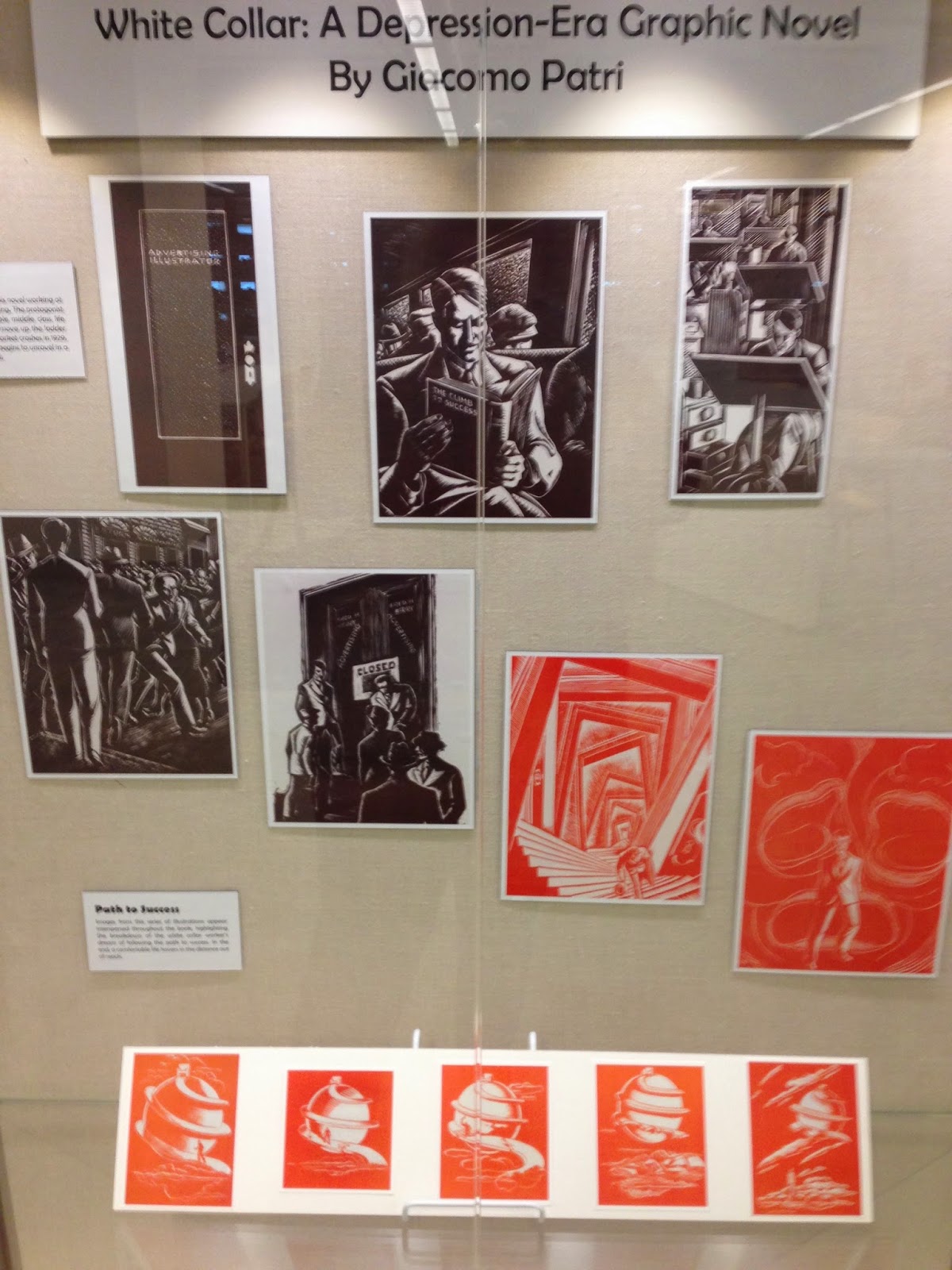 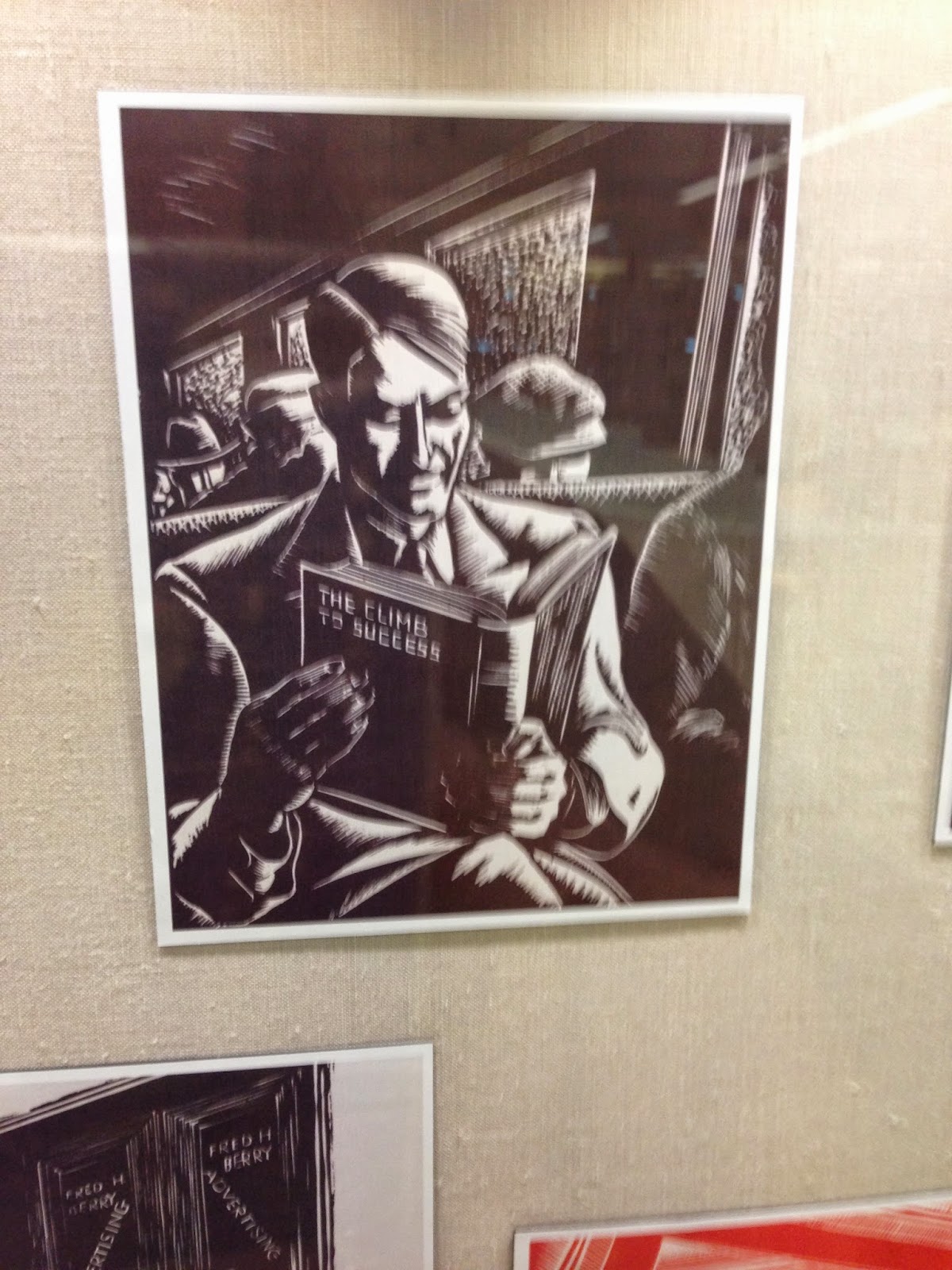 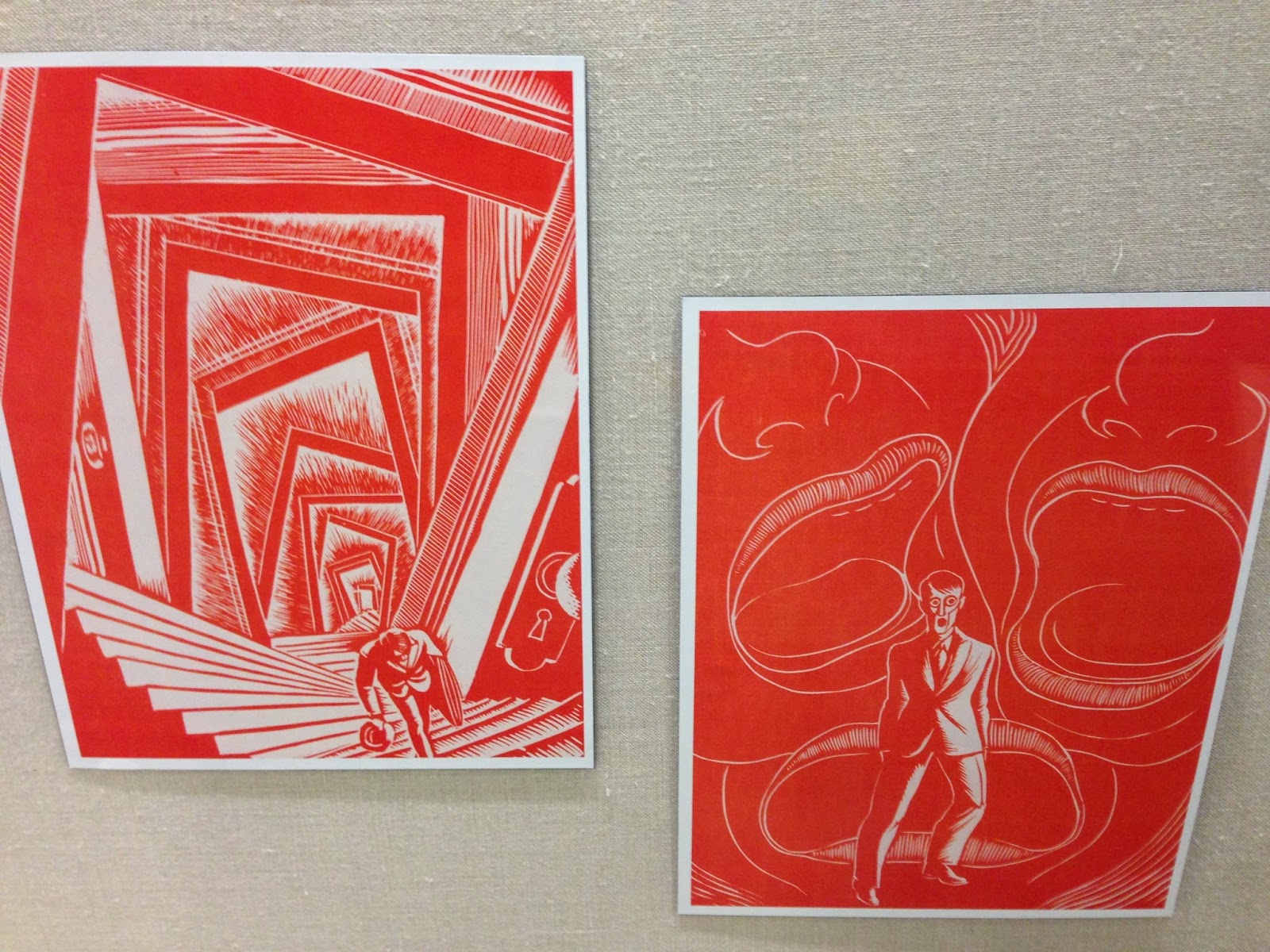 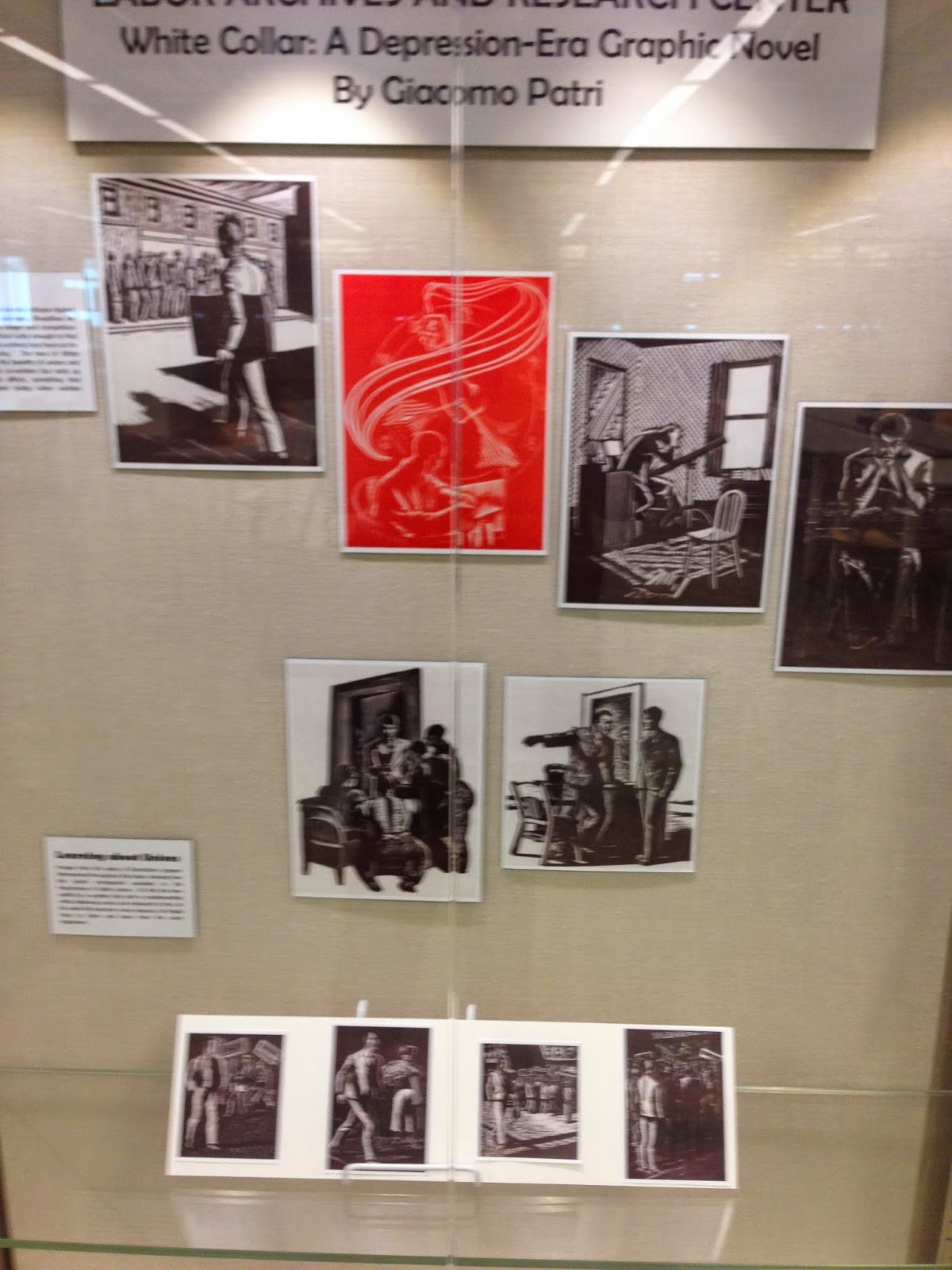 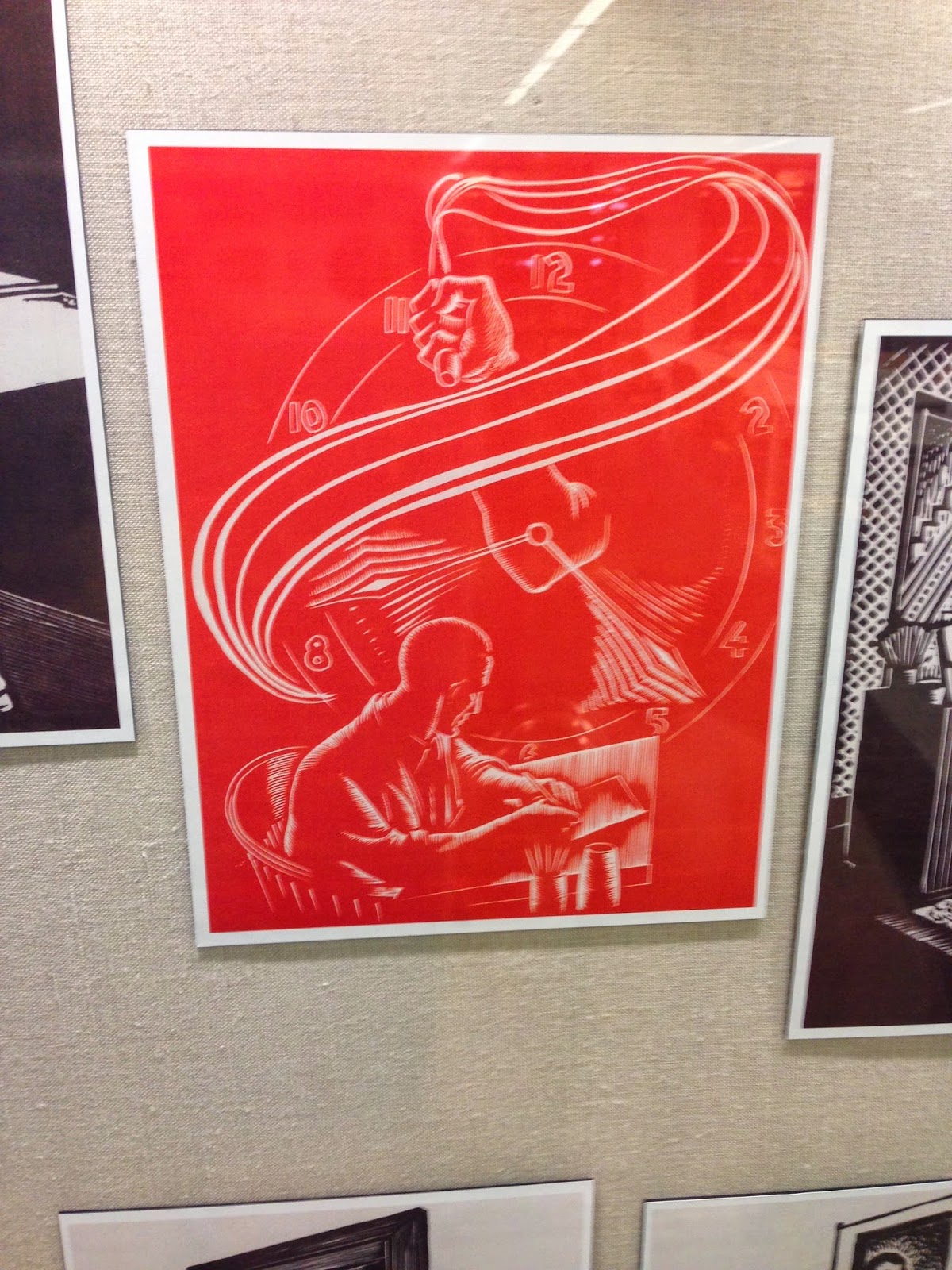 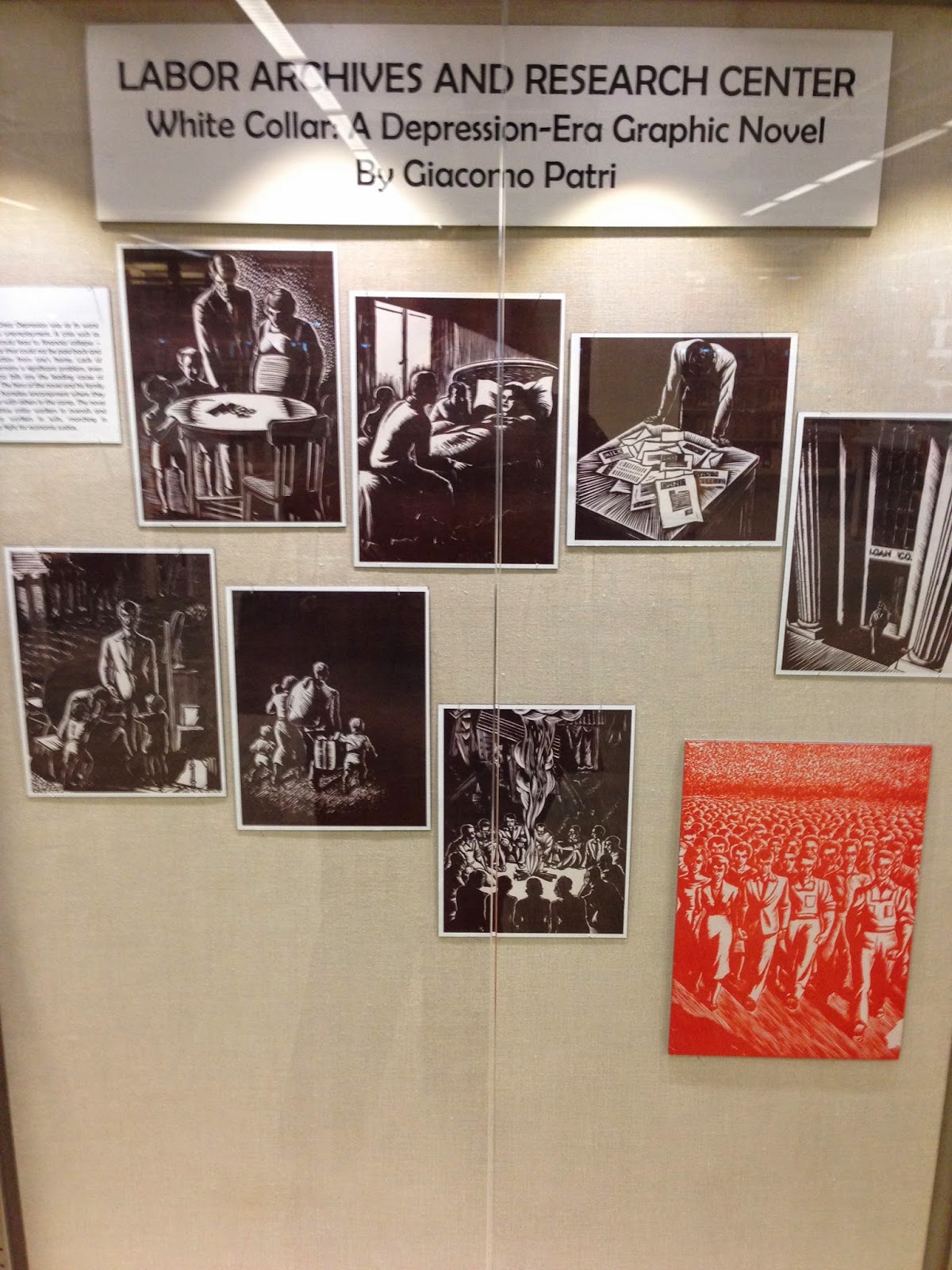 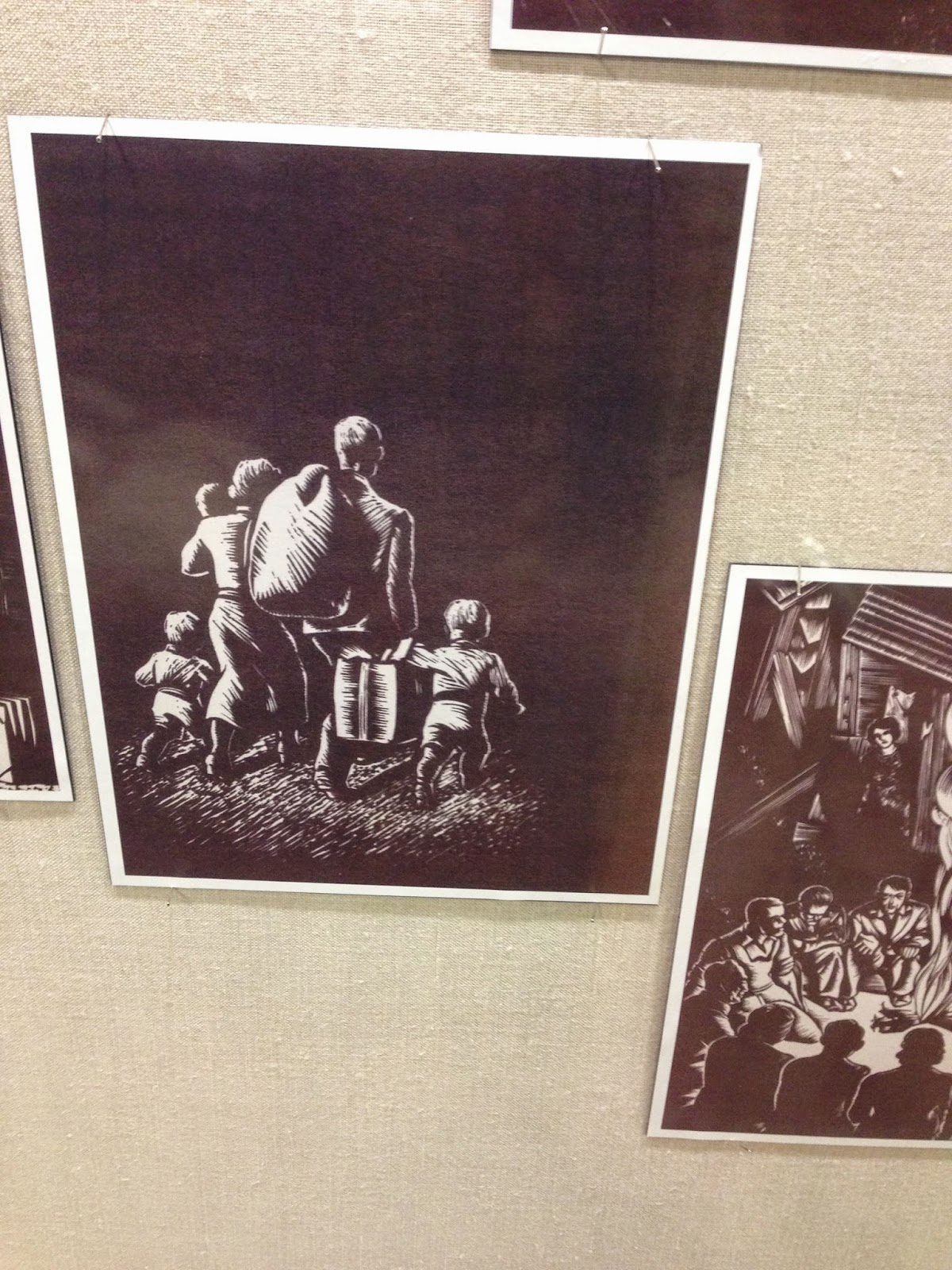